EPTRI is becoming soon a non-profit research organisation incorporated in the form of an Association Internationale Sans But Lucrative (AISBL) governed by Belgian law, based in Leuven.

EPTRI is an open science space allowing researchers to work together without geographical, institutional, or financial barriers and a system of many interconnected research areas, that will contribute to bringing new paediatric medicines on the market for the benefit of children.

EPTRI promotes processes allowing stakeholders’ engagement and knowledge translation by integrating the perspectives of young patients and families, policymakers and payers, regulators and researchers, agencies and charities, academia and industry. 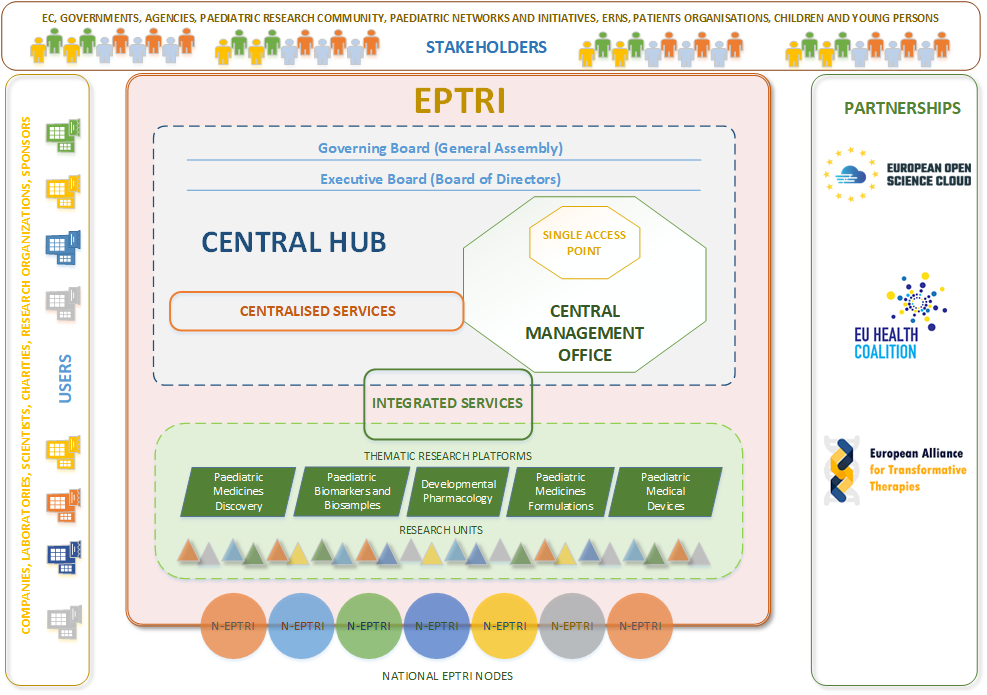 Promote and accelerate the access to the large portfolio of paediatric drug development EPTRI services.

Promote collaborative activities with Networks, Partnerships, ERNs, RIs, EU funded projects and other initiatives that might be beneficial to enhance paediatric research.

Support Academia and research organisations to strengthen their base knowledge and technological know-how.